Katrina Johnston and her boyfriend, Shane Smith, had been stalking Craigslist for months when they found this one bedroom apartment in Kingman Park. They’d previously lived in a basement studio in Shaw that didn’t get any sun, so they were ecstatic to land on this home with great natural light, hardwood floors, a backyard, and a parking spot.

Katrina, a Peace Corps program specialist, and Shane, who works for the Transportation Security Administration, both love to bike, so the apartment’s proximity to the Anacostia Riverwalk Trail is a huge bonus. As is the residential vibe of the neighborhood: “I love seeing how everyone landscapes their yards,” says Katrina.

It’s a small space, but its crisp, intentional decor keeps it feeling light. Emphasis on intentional: Katrina makes a point not to buy anything full-price. Everything they have is secondhand or was on sale or found in the street. “I’ll do just about anything for a good deal.” 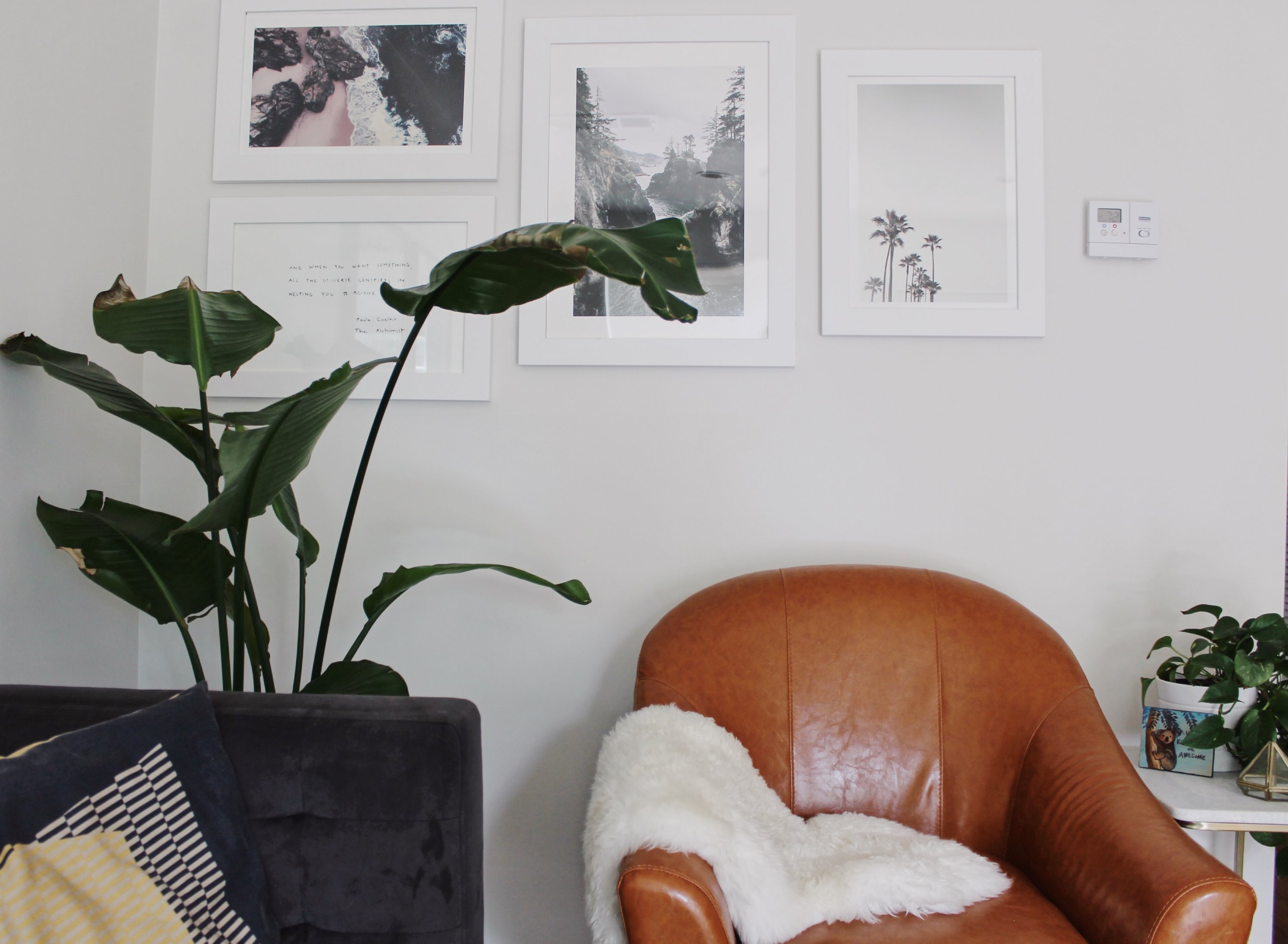 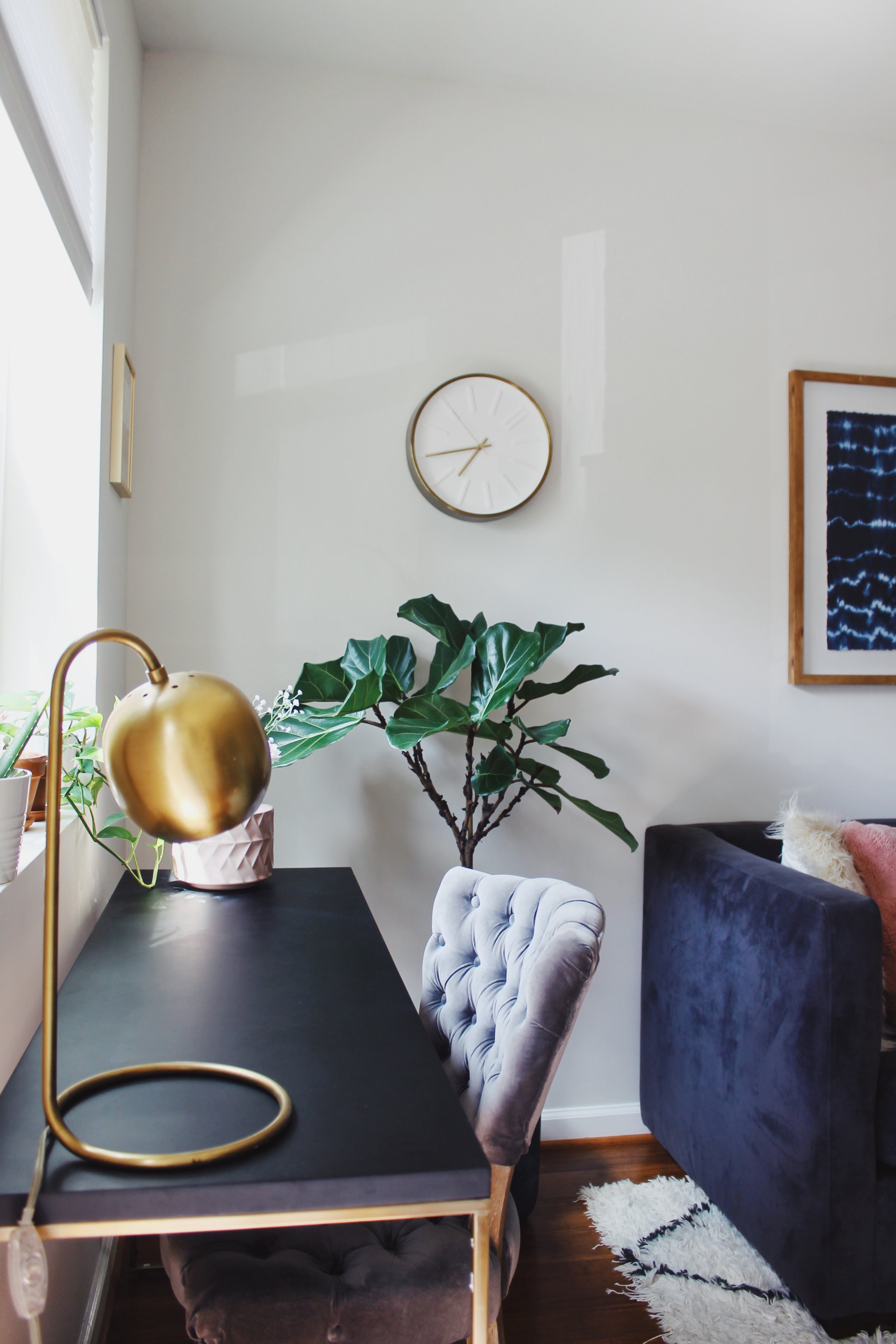 Who lives there: Katrina Johnston and Shane Smith
Neighborhood: Kingman Park
Approximate square feet: 450 square feet
Beds: One
Baths: One
How long they’ve lived there: One year
Favorite piece of furniture: The glass BoConcept coffee table in their living room, which retails for $800 but Katrina found on Craigslist for $150. She arrived without a car to pick it up, not realizing how heavy it was. Luckily, the guy selling it felt bad for her, gave her a ride home, and helped her carry it into the house. “This guy definitely thought I was a little crazy.”
Favorite home interior store: West Elm and Salt & Sundry. “I love to see the pieces they have, and then I set out to find either the original piece on Craigslist, or a similar one elsewhere [for cheaper].
Favorite DIY: All of their “plant babies,” which include succulents and clippings she keeps in Jrink juice jars.
Splurge: Katrina calls herself frugal, and her biggest splurge was a $375 mid-century credenza she bought secondhand on Facebook Marketplace. “It is the most perfect piece, and I just couldn’t pass it up.”
Steal: The grey crushed velvet chair in the living room, which Katrina found in the alley behind her house. After, her sister-in-law sent her a link to a $419 Wayfair chair that looked exactly the same. “I’m so mad that I didn’t keep the second chair and sell it off!”
Design advice: When you’re on a budget, be patient. “I am proud to say that I haven’t really splurged, [but] I still have an apartment that I absolutely love,” says Katrina. “I try really hard not to buy things just because I like them. I only buy things when I love them.” 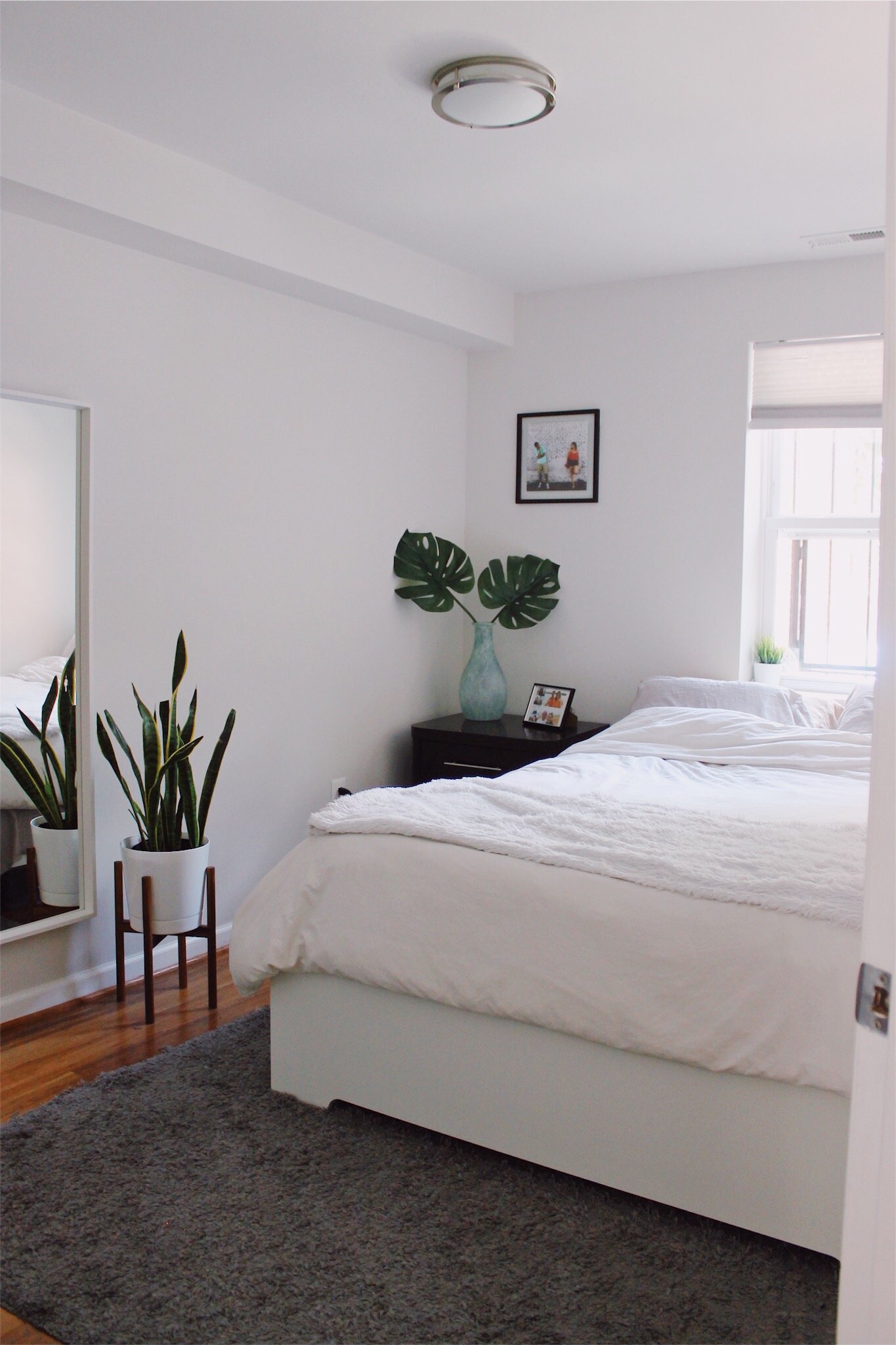 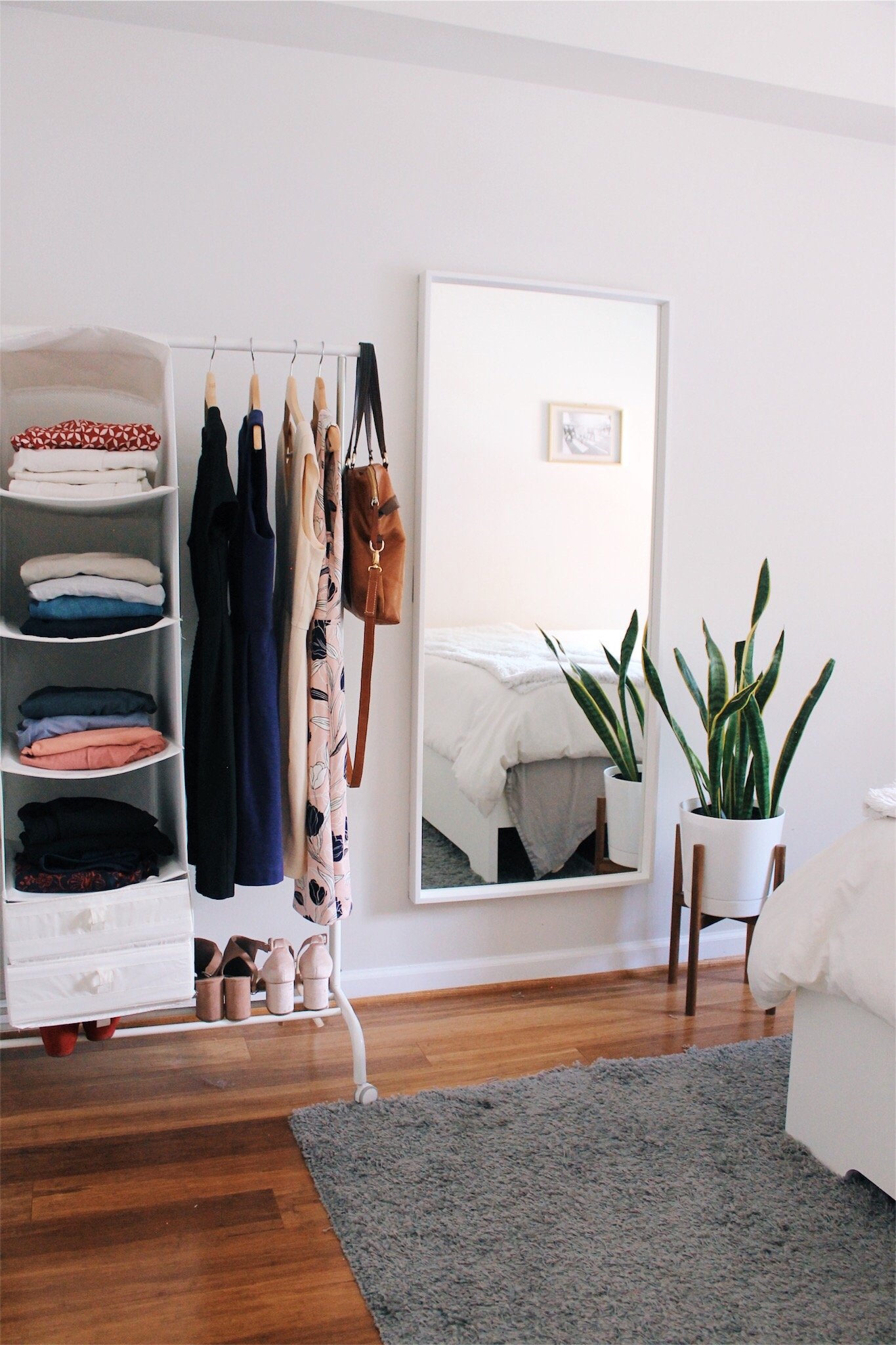 Mimi Montgomery joined Washingtonian in 2018. She previously was the editorial assistant at Walter Magazine in Raleigh, North Carolina, and freelanced for PoPVille and DCist. She lives in Adams Morgan.

This apartment is defined by neat and impeccable interiors

ABOUT US
YourHomeNews.net is your No. 1 news website regarding home & decor news. From bedroom, bathroom, kitchen, office, furniture, garden news and more. We provide you with the latest trends, news and videos straight from the home & decor market.
Contact us: info@yourhomenews.net
© Copyright 2020 - YourHomeNews.net - All rights reserved